I so love dining out, be it Italian, Sushi, Tex-Mex, Thai… bring it on. Plain, rustic, fancy, ethnic – I don’t really have a preference. I like good food, drink and a distinctive ambiance.

We’ve mostly given up the birthday present ritual, instead deciding upon a special restaurant for a most special meal on our birthdays… a long one, multiple courses, perhaps pairings. Nothing finer.

For my birthday this past March, after much contemplation, I chose The Hungry Trout. I hadn’t been there in nearly 20 years and thought it was about time. They have an extensive menu- American Bistro mostly with their own special touches. It’s aptly named as it’s perched upon the Ausable River, a world class trout fishing spot and the trout figures prominently on their menu.

I’d been following the COVID-19 infections in Italy since the beginning of this mess. I have a friend who teaches English in Italy and she kept me updated with firsthand accounts of the horrors. On March 1, New York City announced its first case, followed by many more. I was scared. We live in the Adirondack Park located in the North Country region of NY – a six-hour drive due north from “The City” and just an hour’s drive from the Canadian border.

This region attracts tourists, many from nearby cities, namely Boston, Albany, Montreal, and of course – New York City. It’s my nature to worry and worry I did. Birthday dinner reservations were cancelled along with any other commitments for the next two months.  So here we sit, on the side of a mountain overlooking Lake Champlain. If you’re in a lock-down this is as good as it gets. But I needed to fill my days and nights with activities to soothe me – body and soul.

With spring approaching there’s always something to do outdoors -leaves, gardens, decks, etc. Everything looks pretty spiffy now after nearly two months of self imposed isolation. Our dogs are always a joy. Their walks/hikes are longer and more frequent. The standard poodle is impeccably groomed, nails all trimmed, refresher training has been stepped up. The Dutch shepherd has learned three new tricks. And then there’s television. There’s no cable available here but we do have internet and a strong antenna signal from Burlington, Vermont. We subscribe to many channels like Prime, Netflix, Hulu, etc. I am kinda ashamed to say that it’s getting more and more difficult to find a good movie or series. We’ve exhausted many of our options.

I am a reader, generally in the evening before bed. I decided it was time to swap out irrelevant television with more books. My Kindle has been working overtime.  Here’s my latest list of K-9 inspired literature. Enjoy and stay safe.

I remember the day when two dozen Navy SEALs descended on Osama bin Laden’s compound in May 2011. After the mission, only one name was made public: Cairo, a Belgian Malinois and military working dog. This is Cairo’s story, and that of his handler.

Sure we know our dogs love us but Wynne gets into the scientific findings exploring several modes of experimentation drawing from behavioral studies to hormones,  genetics and DNA to support his case that dogs, do in fact hold the ability to love us. You don’t have to be a scientist to enjoy.

The Art Of Racing In The Rain

Meet Enzo a wise old dog who takes us on a ride filled with humor, love, compassion, loyalty, hope and the absurdities of life. Perfect read for those heavy, sad COVID days. There’s a movie version too with Kevin Costner.

A story of hope in the face of despair, Tomorrow draws us into a century-spanning tale of humanity and the unbreakable bond between two souls. After all, what is lost can surely be found. This is the perfect read for anyone with the COVID blues. 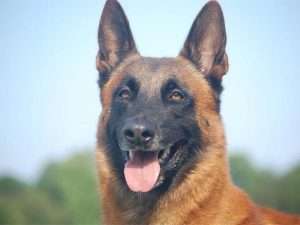